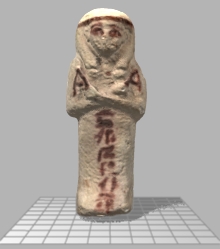 Since 2009, The Petrie Museum of Egyptian Archaeology at UCL, in collaboration with UCL’s Department of Civil, Environmental and Geomatic Engineering and business partner Arius 3D, has been developing a groundbreaking programme for creating 3D images of objects in the Petrie collection.

The aims of the projects are: 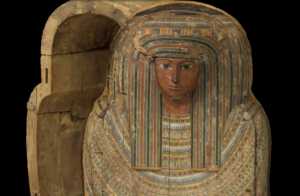 Book of the Dead in 3D

Egyptian coffins are inscribed with spells and images which stand in for spells. All function together as a machine to resurrect the deceased and to guide them safely through the next world. Given this function, its perhaps surprising that the texts from coffins are usually published completely divorced from their position on the coffin. Any additional meaning conferred on the texts by their placement on the surrogate body or relative to each other and the vignettes is lost. In order to understand a coffin as a magical machine, it’s necessary to view the spells in 3D so that this relationship can be taken into account.

The aim of this project is to explore the relationship between texts and their positioning on a magical object through building annotated 3D models of coffins displaying the texts and translations. 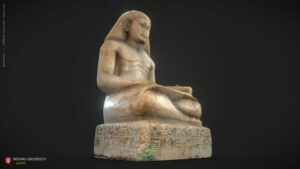 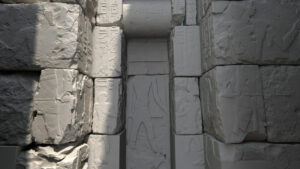 3D scans were used to rebuild and consolidate the offering chapels of Merib and Metjen in the Neues Museum in Berlin.